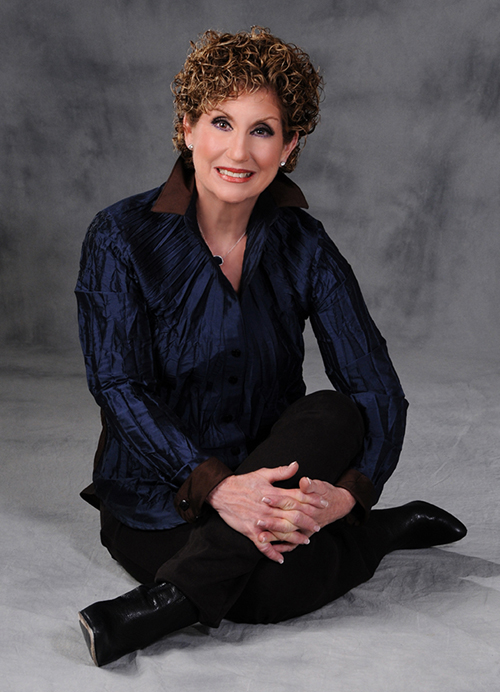 “I believe each of us is one note in the symphony of life. We complement and enhance each other’s contributions. Melodies, harmonies, rhythms and lyrics transcend borders and boundaries. Music fills our hearts, our souls and our lives. I am proud to be a note in the universal musical family.”
— Elaine Serling —

The question most asked of songwriters is, “Do you write the lyrics or the melody first?”

“My answer is simple—both at the same time. Sometimes the process takes weeks. Other times, in a twenty four hour stretch, a song is born. As for me, a song’s life begins when it inspires a smile, a tear or a memory. It becomes a
two-way street between singer and listener. As the singer, I give and the listener gives back. That connection is what breathes life into the song. I experienced and realized this connection through song at an early age and it’s been my life’s passion, my work and my journey ever since.”

This continuous perseverance and passion for connecting with audiences through music, proved to be the recipe for Elaine’s long and award winning career as a singer, songwriter and music educator.

During her teens, Elaine toured throughout Michigan with the United Service Organization (USO) performing at army and air force bases and national guard compounds. She appeared on local TV talent programs, competed in talent contests and entertained at charity variety shows, county fairs and more. As she explains:

“Using the art of ‘chutzpah’, I began to develop a style. Performing at a variety of venues early on, I learned how to customize song selections to match the audiences.  This enabled me to perform at theatres in Israel, Canada, throughout the United States, pre-schools in England, Israel and Australia, county fairs, private home parties, synagogues, churches and charity events.”

Concerts, CDs and storytelling are only some of the ways Elaine shares her musical talent. During her medical career as a Registered Nurse, she earned the nick-name “The Singing Nurse”.

“I would sing a cappella to my patients, adults and children. I sang quietly and it calmed them, bringing a smile, or maybe even putting them to sleep. We shared this musical moment together. This is proof of the power of music.”

Elaine lived with her husband, Michael, in Israel for one year. She was moved by her experience there and after her return to the United States, she began to turn her career in a new direction. She became an educator of Jewish music. At the time, Elaine’s list of original songs included dozens of original folk and pop tunes. Then Elaine began to write songs of Jewish content. Her goal was to write songs that would not only teach about Judaism, but also combine fun and learning. Today, her songs are included in many Jewish school curriculums across the United States, Canada, England, Australia and Israel.

When Elaine became a Bubbie (grandma), her granddaughters—Alexis, Danielle and Addison—inspired the birth of her two musical storybooks, Bubbie’s Baby and Grandma and Grandpa’s Darlings. Elaine wrote and composed these CD/books that recognize and honor the unique bond and relationship between grandparents and grandchildren.

“Though decades apart, this relationship thrives on mutual admiration, unconditional love and pure enjoyment. This universal bond is one of life’s precious gifts. Though culture and languages differ from one another, people are more alike than different. Being a grandparent highlights this commonality.”

Grandma and Grandpa’s Darlings has a a toe-tapping, easy-to-learn melody that teaches how to say, “Hello Grandma! Hello Grandpa!” in 24 languages.

Travel round the world and what do we find?
One thing is the same
Grandparents are loved so much
We give them a special name

In a recent TV interview, Elaine was asked if she would do anything differently if starting her music career today. She answered emphatically:

“No! All the lyric mistakes, notes sung flat and wrong guitar chords, became a reality check that helped me realize early on that there is no short cut to that long
road ahead.”

Elaine lives in Orchard Lake, Michigan with her husband, Michael, and within a song’s reach of her daughters, sons-in-law and four grandchildren: Alizah, Adam, Alexis and Danielle; and Dana, Ranil, Addison and Shane.

“Grandparents and music make the world go round!”
—Elaine—